What are cosmic rays?

Cosmic rays are pieces of atoms, flying through space at incredible speeds.
Sometimes they hit Earth, and some of them even hit you.
About 30 cosmic rays fly through your body every second, in fact.

Also, I want to clarify what I meant by incredible speeds.
Although there are several known sources of cosmic rays, the most energetic cosmic rays detected have been found to travel at about:

Now that may seem like just a number... but the problem is that this is faster than any known process could possibly launch a particle. In fact it would have taken 40 million times more energy than our most powerful particle accelerator can pack into an atom for those particles to reach those speeds.

Not nuclear fusion in the sun... not exploding stars... if they come from black holes or colliding galaxies? How!?
Further, according to a phenomenon known as the GZK limit, cosmic ray particles with these ultra-high energies should be interacting and cancelling out with the cosmic radiation background over long distances - so not only should they not exist, but even if they did (which they do) we should not be seeing them at all!

Because some cosmic rays are so energetic that they defy explanation, there has been a lot of speculation of where they come from. Some recent research suggests that cosmic rays do not seem to be arriving uniformly from space. Therefore they think that maybe they come from something in nearby galaxies, possibly from some yet-unknown violent event in or near the supermassive black holes in the centers of some of them.

But then there is the GZK limit: which says they can't be coming from farther than 30 million light years away and suggests the opposite, that high energy rays are coming from nearby or even from within our own galaxy... but then from what source? Maybe the GZK limit is not absolute? The most high energy cosmic rays are very rare after all. 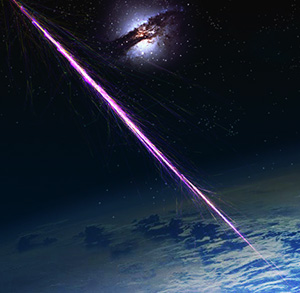 When a highly energetic cosmic ray hits Earth, we would not detect it directly, we would detect something called the air shower of a cosmic ray. Air showers are a cascade of secondary particles created when the cosmic rays smash into the upper atmosphere. As these powerful particles crash through the air, they can spread out over 40 kilometers by the time they reach the ground (and up to billions of secondary particles). The relatively low energy cosmic rays from the sun (aka solar wind) are also responsible for auroras at Earth's poles, and some scientists wonder whether cosmic rays spark lightning! 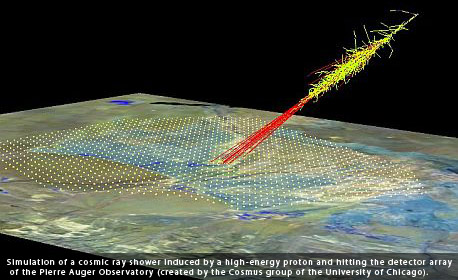 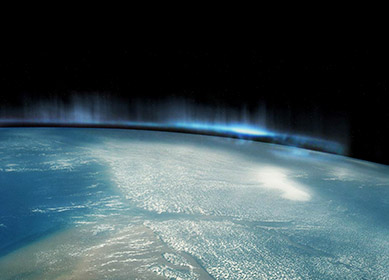 Cosmic rays coming from outside the solar system are called galactic cosmic rays, of which many were launched here long ago by distant supernovae explosions. However most of these never reach us. A large percentage are dispersed by the heliosheath of the sun, then another large portion of the remnants are deflected by the Earth's magnetic field, and still some of those left hit the atmosphere but are not powerful enough to reach the ground. 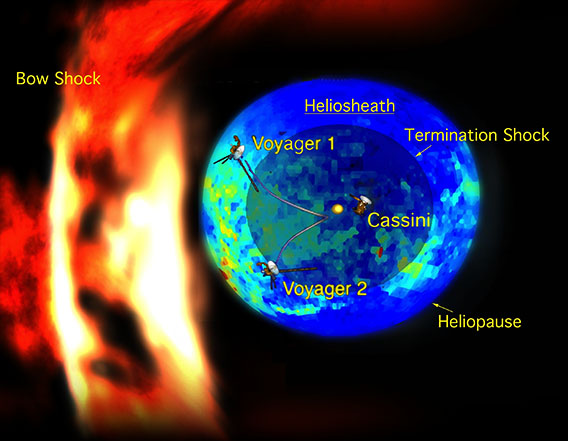 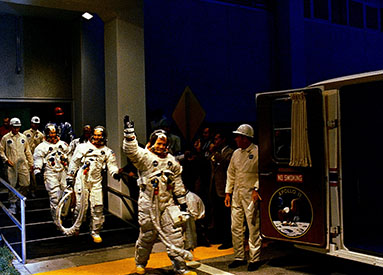 The situation is quite different if you happen to be in space.

During the Apollo 11 mission in 1969 (The first mission to the moon), crew members reported seeing something unusual while in orbit: flashes of light in the dark - even when they closed their eyes!
Subsequent Apollo missions confirmed this phenomenon, and later performed tests to study it.
As you may have guessed, the astronauts were witnessing cosmic rays zipping through their eyeballs!

You may have also guessed: streams of high-energy particles shooting through your body are not very healthy for you.
Hence space agencies have gone to great lengths to protect space farers from cosmic ray radiation, develop shielding strategies, and study long term effects. In addition, it's not just the humans in space they have to worry about, but damage to equipment too: according to NASA, "a single cosmic ray can disable a satellite if it hits an unlucky integrated circuit".

Because of these reasons, radiation from cosmic rays is one of (if not the) main challenge to human deep space travel.


(skip to 2:00 to start the part about cosmic ray radiation)


Using cosmic rays to learn about the nature of reality.

On May 19th, 2011 astronauts installed a module called the Alpha Magnetic Spectrometer (aka the AMS-02) onto the International Space Station. The AMS-02 is basically a $1.5 billion cosmic ray detector.
Why does this matter? 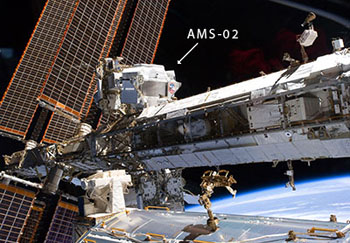 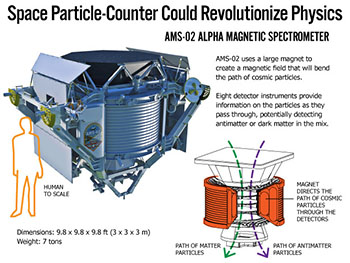 Because a cosmic ray detector in space can tell us all about the particles that the Earth's atmosphere would normally absorb and we would never see.
Among the cosmic rays, the AMS-02 scientists are hoping to find antimatter (the twin of regular matter which is somehow missing in the universe), clues into the nature of dark matter, and hypothetical particles that could also lend us hints into the nature of reality and existence.
Or in the words of the AMS-02 team:

...observations will help answering fundamental questions, such as “What makes up the Universe’s invisible mass?” or “What did happen to the primordial antimatter?"

Build your own cosmic ray detector.

Did you know it is possible to build your own cosmic ray detector?
I am no expert so I defer to others who can show you how its done!

The detector will show any ionized particles reacting through the air, including those from radioactive decay.

You can see other DIY detectors here and here.

I hope you have enjoyed this page, hopefully it helps you find cosmic rays as fascinating as I do. If you have any issues/corrections/comments about it, please join the forum at lfa.com and let me know!